Employer Of Record in Indonesia

We make it easy and painless to expand your business into Indonesia. Forget about dealing with local regulations, confusing tax laws and international payroll management. We take care of all that so you don't have to. 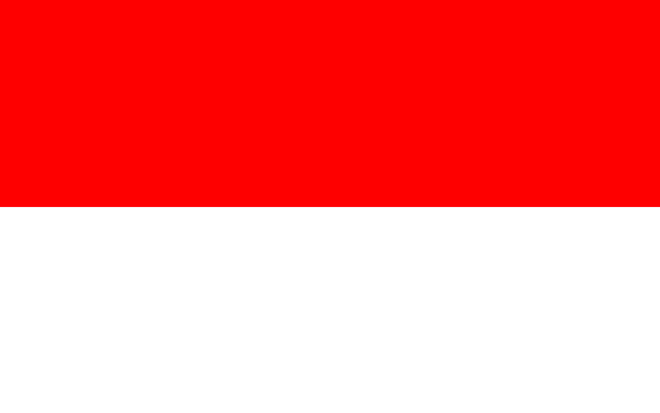 Accelerate your growth into Indonesia Compliantly and hassle-free

At Serviap Global we handle all employee onboarding, payroll, compliance, risk, mitigation and benefits, so you can focus on what matters most – your business.

How we can help you expand in Indonesia

As your EOR in Indonesia we’d help you expand by hiring employees and running their payroll without establishing a local branch office or subsidiary.

Your candidate is hired by a PEO in Indonesia provider in accordance with local labor laws and can be onboarded in days instead of the months it typically takes. Shortly after, your new employee will be working for you, just like any other member of your team. 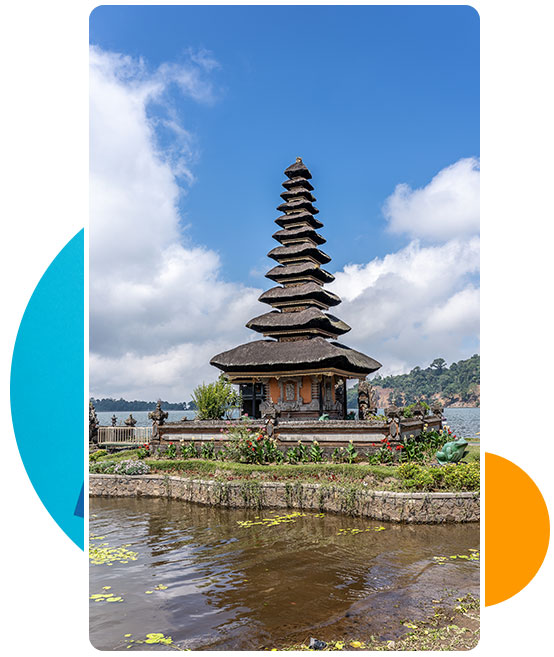 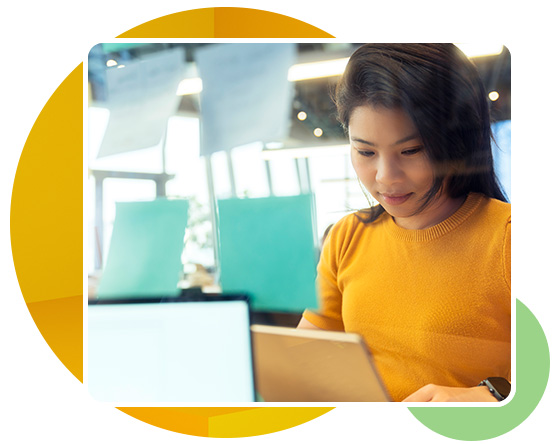 Expand to Indonesia with Serviap Global

Through our PEO and EOR services, you can hire qualified talent in your industry without the trouble of opening your own legal entity.

In just a few days, you can easily and safely build a presence in Indonesia being sure that your staff will be hired in compliance with labor and tax regulations

Indonesia is an archipelago situated on the equator. It is well known for its diverse multicultural islands and is the largest island country in the world spanning 1.9 million kilometers with more than 17,000 islands. It is also the most populous Muslim majority country in the world.

Indonesia declared independence in 1945 and they have their own currency, the Indonesian rupiah (Rp). About 16 million people visit Indonesia every year, a country with the world’s biggest young population who love social media and are friendly and welcoming. Indonesia has some of the most active volcanoes in the world and the major cities are Jakarta, Surabaya, Bandung, Bekasi, and Medan.

Indonesia has vast natural resources that are still untapped and a developed service and technology industry. The agricultural sector employs 32% of the workforce and the service sector employs 47%. Besides this, Indonesia also benefits from a strong tourist industry. The main exports are coal, cars, footwear, chemicals, textiles, natural gas, and petroleum. It is a strong exporter of fish, cotton, coconut oil, and palm oil. Despite this unemployment and poverty are still a concern.

Small and Medium Businesses (SMEs) account for 98.75% of all companies, 63% of business investments and 97% of employment. SMEs hold the key to the future development of the country. There are great opportunities to help grow small businesses into larger productive entities, one such program helps agricultural farmers use digital technology to develop their business.

Any person from any nationality may start a business in Indonesia, and to do so takes 2-3 months. Investors have the choice of creating a limited liability company with a joint Indonesian partner or to create a limited liability company fully owned by the investor. A domicile letter is needed to show proof of an office lease agreement. Registration will also include connecting with the Ministry of Manpower, applying for healthcare insurance, social security, VAT collection, and getting a tax registration number. As you set up it will be important to get familiar with Indonesia’s Positive Investment List.

Some areas open to 100% foreign owned companies are pharmaceutical products, canned fruits and vegetables, digital businesses, and purification and storage of water.

To improve the ease of doing business, Indonesia has a tax holiday of 100% for the Corporate Income tax from 5 to 20 years depending on the amount invested. Some of the sectors benefiting from the tax holiday are: pharmaceuticals, robotic machinery, motor vehicles, train and ship components, economic infrastructure, digital economy, and more.

Renewable energies make up 11.2% of its domestic power generation and the main renewable energies used are hydro and geothermal power plants. Currently, the country relies on the consumption of oil with 41%, natural gas with 24%, and coal with 29%. Indonesia is one of the fastest growing consumers of energy, the country plans to reach 23% by 2025.

Rice is the staple food. Indonesians often cook fried rice, fried noodles, barbecued meats and spicy fish stew which they like to cook hot and spicy.

Since there are a lot of tropical fruits, Indonesians make a lot of fruit salads which are eaten fresh. They are also famous for using many spices such as turmeric, cinnamon, lemon grass, and coriander. A famous dish found in West Sumatra is “Asem Padeh”, which is a sour, spicy fish stew.

Indonesia is the 4th most populous country in the world, with a population of 270 million, so it represents a huge opportunity for foreign investments. Of this there are 1,300 ethnic groups in Indonesia. The national motto is “unity in diversity” in the national language of Indonesian, but many locals have their own language as well, and some learn English as a third language.

The urban population accounts for 55.3% of the total population. Tha population values dance which is varied due to the different ethnic groups. There are also many shadow puppet theaters that are a popular way to share cultural norms. Indonesians are masters of martial arts and have developed an umbrella of techniques called Pencak Silat.

Indonesia has a massive number of islands and about 6000 of them are inhabited. The islands span 3,200 miles. Half of Indonesia is covered by rainforest because of Indonesia’s tropical climate.

The coastal areas are always nice and hot and span 34,000 miles and are located along sea lanes connecting East Asia, South Asia, and Oceania. The tectonic plate called “Sunda Plate” supports the main islands of Sumatra, Java, Kalimantan and Mandura. These larger islands are mountainous and slope to the coasts.

What you need to know about employing personal in Indonesia:

Residents are taxed on a worldwide income, unless there are double taxation treaties. The Omnibus Law has added provisions to the Income Tax Law stipulating the foreigners who have these treaties can be taxed only on source income from Indonesia. This is only available for the first four years. Non-residents are subject to general withholding tax at 20% in respect of their Indonesian-sourced income.

In general a flat rate of 25% applied to the net taxable income if the company is situated in Indonesia.

There is no required notice for employers when they let an employee go. Employees however may resign with 30 days notice.

An employee can be let go for the following reasons:

When an employee is let go they are owed compensation for relocation expenses, annual leave they did not take, and medical and housing allowance. Different severance pay amounts are provided depending on why the employee was terminated.

No matter how big or small, we are ready to answer all your questions- anytime, anywhere.

Great talent deserves great benefits. We offer a competitive range of benefits so that you only attract top-tier talent worldwide.

Shift the worry from your shoulders to ours! We stay on top of regulations so you’re always 100% complaint with local laws

Fill out the form and one of our team members will get in touch with you as soon as possible.
Serviap was identified as a Professional Employment Organization that could hire an individual who has Mexican Customs and World Customs Organization experience and familiarity with the region. They were able to do so in short order, meeting our needs, our customer’s needs, and the expectations of the new employee.

DOUG DYERProgram Director | Culmen Internacional
Serviap has helped us in the most comprehensive and professional possible way, managing to adapt to the times that the company needs, collaborating with exceptional needs and always having the best disposition and relationship with the internal points of contact.

Discover where you can grow with Serviap Global

Click on the countries and links below to learn more about a new market or contact us for more information.
Asia
Americas
Europe
Oceania
Africa
Asia